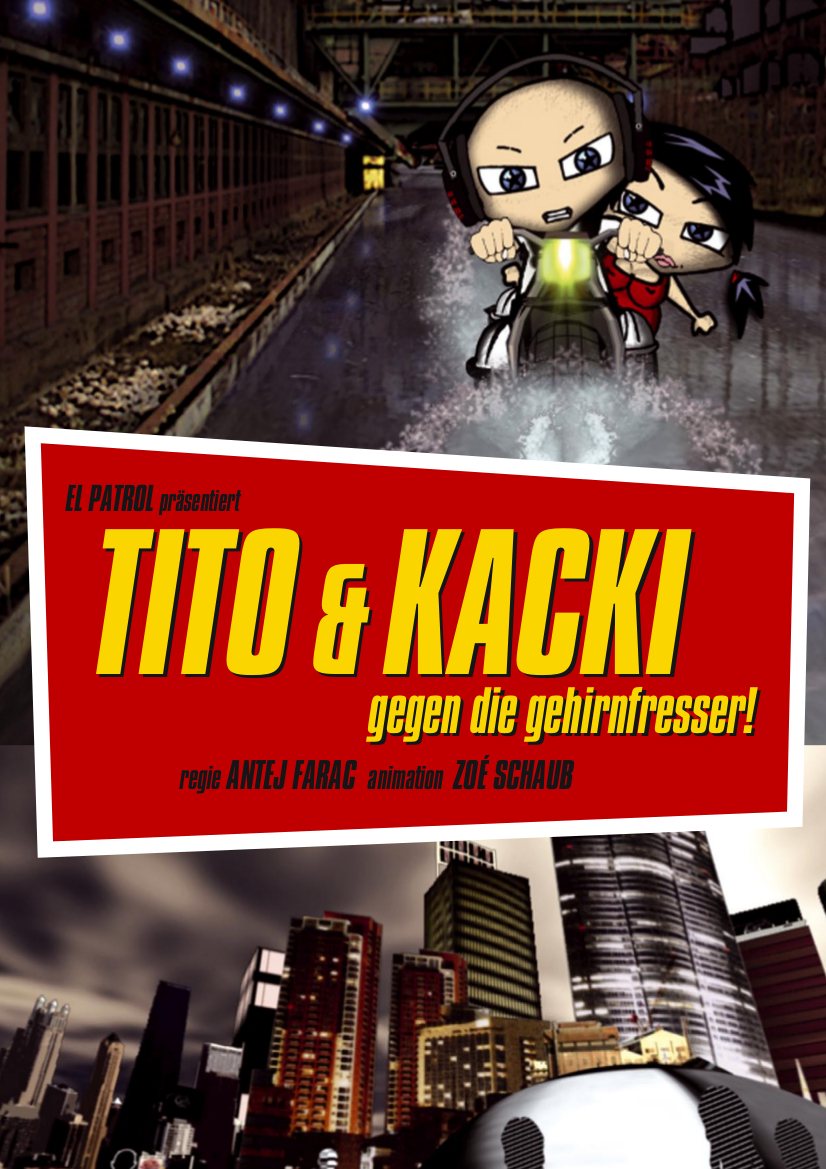 "Tito & Kącki" produced by el Patrol, is an animated science fiction in development. As usual for the science-fiction genre, the movie simulates actual social and political trends to the very end. It addresses current issues such as terrorism, failed climate conferences, the omnipresence of the media and global economic crises. Content and style lean on a mix of South Park and japanese manga and animés. It is an effort to adapt japanese manga tradition to the culture of the western occident.

In an indefinite future Europe has grown together into a single mega-city. Only a small patch, called Switzerland, remained untouched. Amidst the moloch Euro-City it is the only place where houses, fields, trees and rivers, as we know today exist. From this contemplative island comes Kacki, our heroine.

After a terrorist attack of "the masked man" Kacki awakens as the only survivor of her family in the hospital. Her previously sheltered life is over in one fell swoop. She pulls into the mega-city and subscribes to the goal of fighting the masked man. But she struggles with this new world, where siliconbreasts will be drawn in as part of a terrorist investigation, where asylum seekers, who were submerged long ago in the underground, mutant to monsters and food only exists in the form of colorful pills. She finds new hope when she meets Tito at an illegal gathering of neo-hippies. Although he is an acclaimed DJ of this forbidden scene, he appears to be the only normal person in Euro-City. Kacki falls in love with Tito and is determined to help him in his fight against the insidious brain eaters. They plan the ultimate coup on the central computer, which spreads the brain eaters by television radiations - an undertaking that proves disastrous in hindsight. Because of the previous incurred damages in their minds, people are transformed into vicious zombies and an apocalyptic war breaks out.

Tito and Kacki have unwittingly opened the door to the modern age. Hoping to put their mistakes right Tito and Kacki struggle through a post-apocalyptic setting to the heart of Euro-City. In the Swiss Alps, they have to find the "Holy Grail", which has the power to turn back time.. 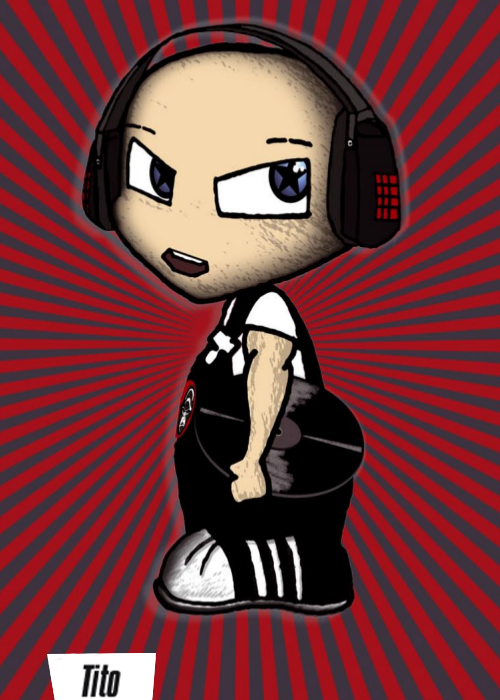 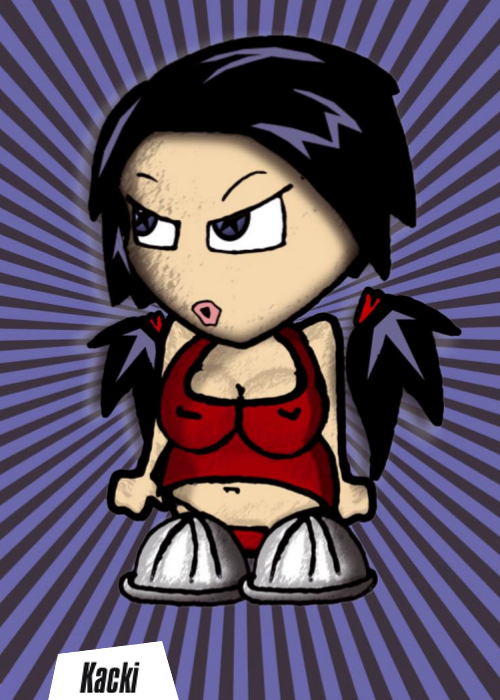 Tito is a smart metropolis-cowboy and a loner. In civic life he is an urban farmer, a celebrated DJ and a heartthrob of the neohippie-scene. But he lives a secret double life: He committed himself to the battle against the evil, after his parents, two innocent eco-farmers, had been shot by the government. By the use of modern technology he terrifies the corrupt economic leaders and politicians greedy for power, with never ending attempts.

Kacki is a self-confident girl, who also knows how to defend herself with her fists. Thanks to her voluptuously curved body, she is meant to be in the media business. As the daughter of an extremist woman’s libber she lives chastely and untouched. Through her experience with Tito, not only does she change her sexuality, but also her whole philosophy of life. She disposes of mysterious PSI-forces, which help her survive further adventures. 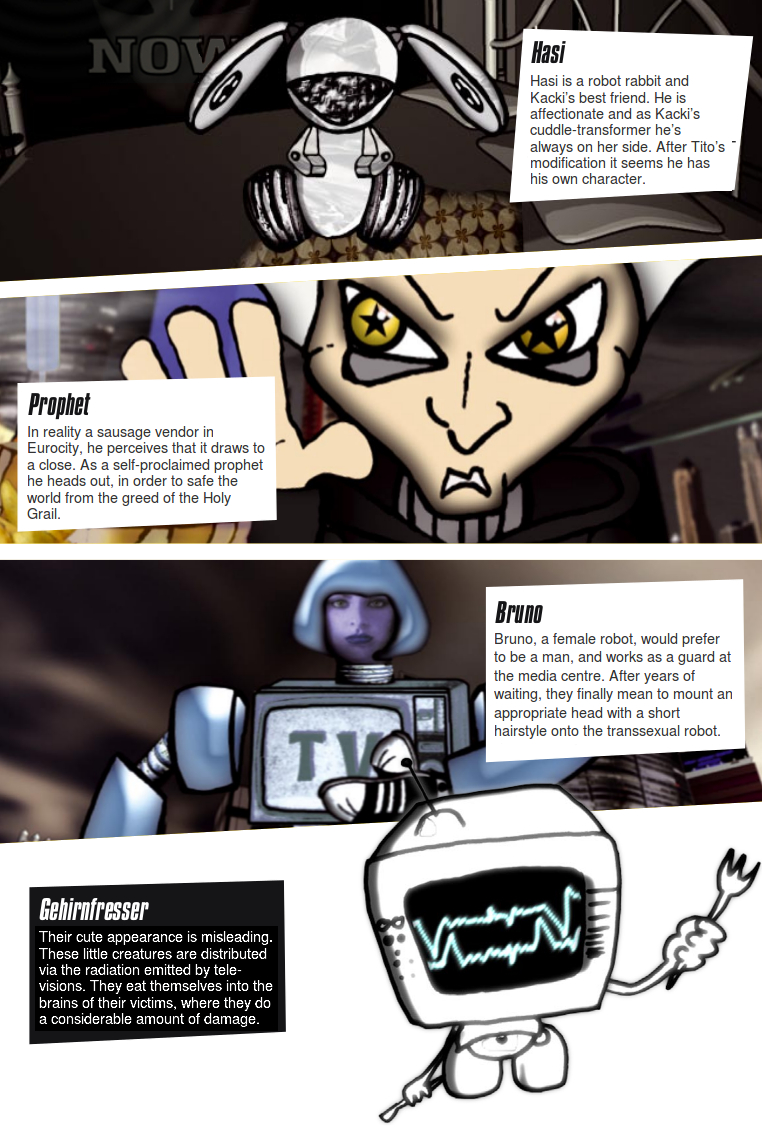 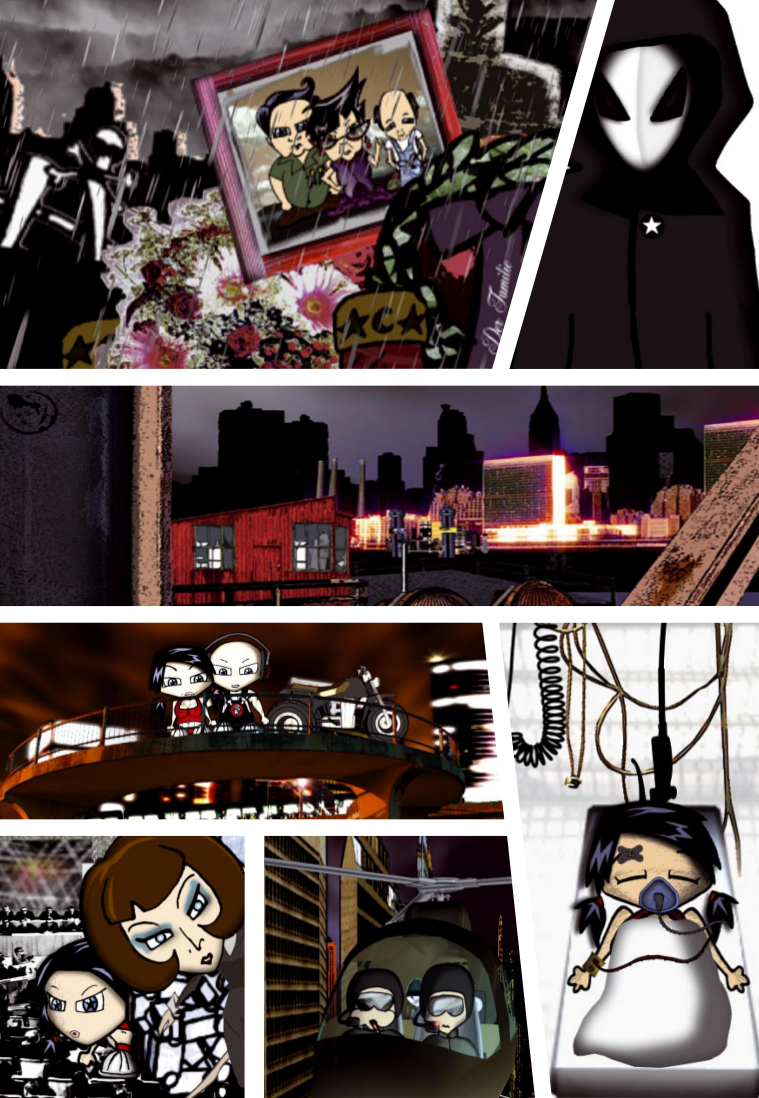